It’s election season again and The Minor will have all the coverage as it breaks. Our Senior Intrepid Political Reporters,  Carly Burns and Bobbi Wood, are on the pulse of the story, with constant news updates on the politics shaping our campus.

For a race that at one point had most of the junior class considering running, the actual candidates are few and surprising. Houston Summers, a former minor league baseball player and current former minor league baseball player, has a strong campaign staff and is looking to be intentionally walked to victory. However, a triad of Young Republicans and other campus notables stand in his path. Here are the hard facts on this year’s student body president race.

Strengths: Taking a lot of AP classes, JV Co-Captain of cross country, thinking about asking Elizabeth to senior prom, older brother Jim was friends with all the cool kid’s older siblings (even Elizabeth’s), already had a few conversations with Mr. Thomas who runs student government meetings after 7th period

Nickname: “Marshmallow,” from before he lost that weight on XC

The Candidate from the Campus Left

Strengths: An important voice for social change during a time when our state and university risk becoming more conservative than ever before

Weaknesses: Does not exist

Key Platform Issue: Mobilizing students around an effort to battle the Board of Governors’s decisions to fire Tom Ross, defund centers and institutes, and decay the traditions of political advocacy that have made UNC one of the best universities in the country

Nickname: Again, this person does not exist 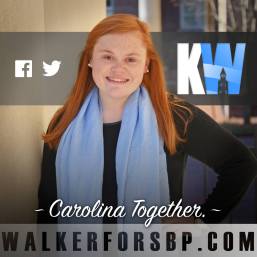 Strengths: Political science and public relations double major with a minor in history, experienced in student government, wants to bring campus together

Weaknesses: Some worry she could be too unconventional for a student body president

Key Platform Issue: She would probably lend you a pencil in class if you asked 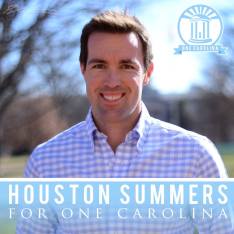 Strengths: Your mom thinks he’s handsome and it looks like he has a promising future ahead of him. Why don’t you stop looking for something that’s “better” and realize he’s a great guy?

Weaknesses: One month into your marriage you enter your home, tired but numb with the mendacity of being. You see him, sitting at the computer smiling, and in that moment you hate him: for his happiness, for his blandness, his perfect teeth, the way a shirt falls over his chest, the way he holds you, for everything that should be good enough but isn’t. You go to the kitchen and start making dinner. You begin crying, not because he is bad, but because not bad should never be good enough.

Key Platform Issue: “Why do you seem so distant baby? We can figure this out. Why don’t you go back and see Dr. Terrance again? It seems like he was really helping you.”

Strengths: A leather arm band indicates he could have been a king before being sacrificed to the bog, giving him key leadership experience.

Weaknesses: Most likely sacrificed due to poor weather or harvests

Key Platform Issue: Analysis from his stomach content shows that he had a diet rich in protein and grain. He would likely push for the same in campus dining halls. 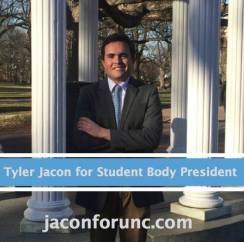 Strengths: “Attn: Dear Sir, Madam, I have LARGE account with many moneys in it. There were series of contracts executed by a Consortium of Multinational for the ministry in which my father was minister in our country. The original values of these contracts were deliberately over-invoiced to the tune of forty-one Million United States Dollars (US$41,000,000.00). A portion will go to you–several million dollars! I am looking for someone who will help us ( my father and I) to receive the money on our behalf. Can you?

Weaknesses: Just send me your bank account number and we will give to you, then you will give back to us.

Key Platform Issue: Please, you must do this soon! We need you!

Weaknesses: The residents of Whoville, Cindy Lou Who in particular, could still cause his heart to swell three sizes.

Nickname: “Lord of the Flies”