My Son is NOT a Racist by C.D. Mock 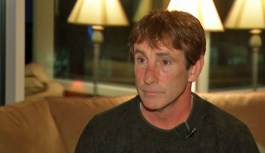 As some of you may know, my son Corey was expelled from the University of Tennessee, Chattanooga, because some irresponsible party-girl accused him of being a racist. I want you all to know, my son is NOT a racist.

My son is not alone. Young men at colleges and universities across the country are accused of being racists. It seems like you can accuse anybody of being a racist and the University will take the accuser’s side. These girls go out and drink, make bad decisions, then try to excuse their behavior by calling boys like my son racists.

How many more of us will become falsely accused racists? How long will we let our sons be crucified as racists by these activists and whores? I taught my son never to discriminate against someone based on the color of their skin, and anyone who says differently is lying.

What? You mean he was accused of being a rapist?