Smoldering Glance Exchanged Across Line for Printer in UL 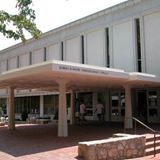 Chapel Hill, NC–Nathan Reinhart and Julia Gips, sophomores at UNC, startled and transfixed each other this week with a fleeting moment of eye contact while waiting in line for a printer in the Undergraduate Library.

“It happened around 3:00 pm on Wednesday, right before my biology class,” said Reinhart, who had been printing out the PowerPoint presentation of his professor’s forthcoming lecture. “I looked back over my shoulder to see if anyone else was in line. And her eyes. Her eyes as infinite as the guilt and loneliness that suddenly consumed me. I was Icarus, flying across the sun, rendered wingless as I fell back to the sea.”

Gips, who had been waiting to print out an essay for her Great Books seminar, remembered the glance with similar salience.

“It was only a second, maybe even less. But we were there. We were together, locked in a cage of lust and confusion. I had no idea what he was thinking, turning around like that. Two strangers, two humans.”

Though they had never formally met, Reinhart and Gips had seen each other sitting with respective friends in Top of Lenoir Dining Hall throughout this year.

“It was a piercing anonymity,” said Reinhart. “I remember she gave a sort of half-smile and looked back down at her phone, fully aware of the primal anxiety that had gripped me.”

“No names. No majors. No small talk about plans for Easter Break,” he continued. “It was real.”

“It was subtle, like a courting bow,” said Gips. “It was lust incarnate.”

Things came to a head when Reinhart reached the printer and pulled his OneCard delicately out of his wallet.

“When he pulled it out, I could feel my body heating up in expectation,” said Gips. “I wasn’t sure if I was ready.”

Self-conscious and nearly trembling, Reinhart typed in his Onyen, and, in the same motion, vigorously swiped his OneCard through the reader.

“He was a little forceful, admittedly,” said Gips. “But at that point I didn’t care. We were everything then.”

The two are expected to completely avoid eye contact when they pass each other in Polk Place next week.