Election 2015: Winners and Losers at the Young Democrats Forum

by Bobbi Wood and Carly Burns | The Minor

Bingham 103 was the battleground for the first debate in an election affectionately being called “White Noise 2015.” Houston Summers, the campaign’s clear front-runner, battled an insurgent David Marsh, who came prepared with bullet points he made after reading this morning’s The Daily Tar Heel in 5th period, where Ms. Hightower does not really care what people do. Walker continued her policies of vague rhetoric already established in her platform. Summers also combated tough questions like “Dad?” from one freshmen in the back who seemed to resemble him. “I don’t have to respond to that,” the 27 year old Summers said. “Get him out of here…whoever he is.” Here’s who won and who lost.

The Candidate from the Campus Left 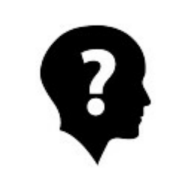 Not endorsing any of the candidates who exist, the Young Democrats made a strong statement in support of this imaginary candidate.

Jacon, born in the latter half of the 18th century, brought his firsthand knowledge of federalist politics to the debate and issues on campus. Echoing the sentiments of his contemporary George Washington, he castigated the Young Democrats for indulging in “the continual mischiefs of the spirit of political factions.”

Pope excelled, saying the other candidate’s clear lack of knowledge regarding state politics would “make [him] a winner for a very long time.”

With everyone busy being One Carolina at the Dean Dome and almost no students at the debate, Summers’ vision for the university was already a reality. 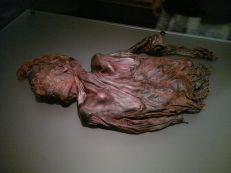 Trapped at the bottom of a deep Irish bog, the body, who many affectionately call Old Croghan Man, has been as effective as almost anyone in the North Carolina Democratic party in the last few years, and was in desperate need of an endorsement to shore up his base.

Distracted by getting to second base last night with Elizabeth at Bethany’s party at her parents’ lake house, Marsh spent most of the debate looking at his phone and contemplating the meanings of different emojis. Clad in pleats his Aunt bought him for Christmas, he stumbled on a question about the Board of Governors by starting, “It’s not like we’re dating dating, we are… wait, what was the question?”

Despite a strong debut in the election, The Baha Men have failed to move past their one issue platform, responding to many questions with more questions, specifically, “Who let the dogs out?”

“Who?” The Baha Men repeated emphatically. “Who? Who? Who?” 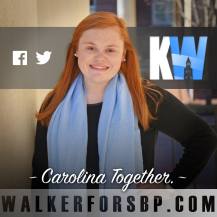 Wrangled a good bass, ’bout a 10-pounder, then let it slip outta the damn boat. Not big enough to win no student body president election, but ya gotta ‘reel ’em in.