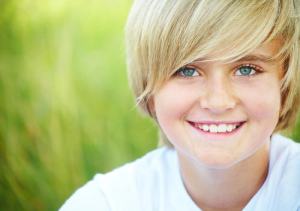 Chapel Hill, NC—Local Phillips Middle School student Zackary Sims has been working on his language arts book report, based on The Giver, in the UL during the last couple days.

“The only thing I read are girls’ minds, am I right?” he added, flipping his shoulder-length blonde hair and nudging the arm of the clearly uncomfortable young woman sitting next to him.

Sims, perhaps better known to the world by his gamertag of zackattack69, has been using the UL for book reports since early September.

“The UL is the best place for kids like me–all the adult losers go to real libraries,” said Sims.

Sims said that he also enjoys the collegiate atmosphere.

“Girls have boobs here, I like that,” Sims said, pointing across the room at a woman’s chest. “Like the ones you see in American Pie, bro.”

Sims describes himself as a typical 11 year-old, who enjoys his classes and has a thriving extracurricular life.

“My favorite class? Definitely social studies,” said Sims. “They have some nice desks in there, and you can pop a boner all day long without anyone seeing. David Walters and I compete; my record’s thirty minutes fully torqued.”

Sims presence in the library has not been well-received by all.

“He’s been chewing Big League Chew for the last two hours and spitting it into a Mountain Dew bottle,” said sophomore Josh Paulson. “I’m not sure he knows how Big League Chew works.”

Some complaints have been more serious, especially from young women.

“He was looking for The Giver,” said junior and UL employee Caitlin Parsons, “but he was staring at my chest the entire time. I don’t think we made eye contact once during the whole conversation.”

As Sims was beginning to pack up his things for the day, his thoughts were already on the summer ahead.

“I’m hoping to avoid a dry summer, if you know what I mean,” said Sims, adjusting his new Oakley sunglasses. “Tammy Watkins is supposed to be wearing a bikini at David’s pool party next week and we’ve been texting. It’ll be a true test of boner concealment.”

Sims scurried out of the UL, flashing the peace sign as he headed for his mom’s Honda Odyssey, after a day working harder than most at the Undergraduate Library.

As the van pulled away, Sims’ mother was chastising him for wearing the same graphic tee three times this week and suggested that maybe they should go back to Kohl’s soon to restock.