A List You’ll Totally Click On: The 10 Best Deli Meats to Eat After Changing Your Major for the 5th Time

Did you just change your major again? Finally found your passion? Same here. I just figured it all out, and I’m ready to celebrate with a huge sandwich. Here are the top 10 deli meats for your post-decision lunch. Oh, yum, yum, yum!

The tried and true staple of the deli aisle, ham is obviously the best choice. What it lacks in originality it makes up for in reliability, especially if you’re thinking about law school. I mean, number one has to be ham. Everyone says that, right?

Wait, no, that was stupid. It’s a tie. Turkey is basically just as good as ham. You can even do both at the same time. They both anchor a good, traditional sandwich. So what if it’s repetitive and boring after just three semesters? Even if you don’t love it, at least you’ll never hate it. I mean, turkey doesn’t really define who you are, but you can’t expect it to, you know? 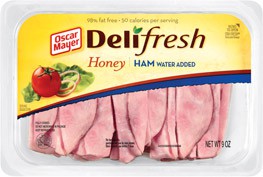 Perfect! I’ve found it. Woo. I was getting a little stressed there, but honeyed ham is the best meat for your sandwich. No more choosing, this is it. Ham really is your thing after all, you just needed a little extra flavor to kick it up a notch. Ham with a concentration in honey. That sounds great. You can get some of turkey’s natural lightness without losing the ham flavor. Or, you know what? Maybe you should just go for it and make a honeyed ham and turkey sandwich. Yeah. But you’re kind of getting a late start for a sandwich that big. Do I have time to do all of this?

I just need to start over new. Turkey and ham, they’re bland. My mom and dad eat those sandwiches. I’m not trying to end up like them. You want a meat with real flavor, an established curing process, and a rigorous academic standard. Plus a lot of your Poli Sci credits will transfer over and you’ll end up at least proficient in Italian. But salami might make it tougher to find a job. I can’t afford to not have a job.

WAIT! FUCK THIS! I don’t need a job. I need something new that inspires me. My mom and dad have heard of salami but they don’t even know this shit exists. Fuck the system. I need Tofurky. You don’t need to buy into the institutionalized oppression of animals just to make a sandwich. Why don’t you choose a sandwich non-meat that really speaks for the subaltern?

Shit, no, I thought I was Tofurky, but that’s a little too far. The intro class blew my mind, but now it just seems like the whole thing is bullshit. I need something real, something you can sink your teeth into, something you can count on for a robust and dependable flavor even if the economy doesn’t recover. If you take 18 hours a semester and stay an extra year, maybe you can still make a roast beef sandwich work. You won’t be able to get the horseradish minor, but you can make it work. It’s just…I think it might be too much work.

Wow. Roast beef? Who have I become? I used to hate people who ate roast beef sandwiches. I need to go back to my roots. I need bacon. I’ve always loved B.L.T.s. Bacon is almost too good to be a deli meat. This is the kind of meat you eat for pleasure. Who wouldn’t want to spend every day reading Shakespeare? 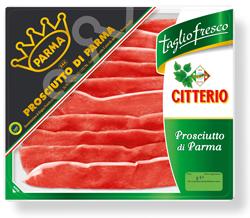 Bacon is just too basic at a certain point though. It’s isolated textual analysis in a globalized world. Prosciutto is like classy, limp bacon. Sure, it’s not as well recognized as bacon, but it works well with a wide array of sandwiches. Such a delicate, unique flavor. Very cultured. Can you imagine yourself eating prosciutto for the rest of your life, though?

You had it right the first time. Why did you do all of that to yourself? Ham is the best deli meat for a reason. It is number one. You just needed to find the right flavor. One that really brought in your other interests. You were meant for this all along. You tried honeyed, but that’s too sweet. You need something real–Black Forest.

It’s just that was so much Black Forest, you know? Just really concentrated. It didn’t give you the liberal arts education that you need. Bologna is it. Like, every type of meat mixed together. It has to be the best, right? I mean, it’s not terrible if you just wrap it in a slice of cheese and eat it, no bread or anything. Just put it with cheese and you won’t even taste it. 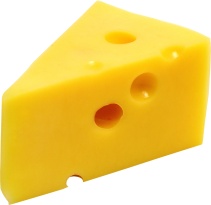 Forget the meat. It’s all about cheddar cheese. Or Swiss or provolone. Or Monterrey jack. They told you had to pick a meat for your sandwich, but that’s so narrow-minded. Maybe college just isn’t your thing. People can live a life in other ways. You, you don’t need a sandwich. You really don’t.