The Round-Up: School Year in Review

That’s a speech you hear a lot. Sorry to get it stuck in your head again.

This year’s been crazy. We never thought all this would happen, but it did. It reminds me of that old Cat Steven’s song–the first cut is the deepest.

From P.J. Hairston to PB & J’s, this year has thrown everyone for a loop, including me. Through my time at The Minor, perched high in the offices at Gimghoul Castle, I have seen an up-close and personal view of the university, through its good days and its bad. From Chancellor Folt’s problem of needing to moon everyone, to Chancey Mathers, the university’s head librarian, climbing atop South Building to do a fire-breathing trick for a Sakai tutorial, I was there for it all.

As this school year and, for some of us, our college careers come to an end, it’s important to remember all the important stories of this year. Here are the most important ones:

Following months of heated speculation, a board of UNC-appointed external reviewers determined conclusively that the tutor of student-athletes was, in fact, a witch.

“Through rigorous administration of the Herman-Blocke Witch Test–more colloquially known as tying a rock to the witch and throwing her into the sea–we found with 95% confidence that Mrs. Willingham was indeed a witch, despite the fact that she drowned,” said Terry Uranz, a witch researcher at the University of Virginia,  head of the external review board. “As many in the field know, the Herman-Blocke test is flawed because it does not the account for the ability of a witch to return from beyond the grave, a trick at which we know witches of Willingham’s sort are especially adept.”

“Death to the witch,” he added.

According to the review board’s official report, Willingham employed flawed methodologies in the research from which she concluded that a high percentage of UNC student-athletes lacked basic literacy skills, failed to seek proper IRB approval before reporting her conclusions to the national media, and baked small children into tasty little pies after luring them into the woods behind Ehringhaus.

The university has gone on the attack since the release of the board’s findings, creating a website called WitchTruthKillTheWitch.unc.edu to publicly display the report and releasing a YouTube video of frenzied high-level administrators and student leaders gathered around a wood plank jutting into the sea for the execution of the Herman-Blocke Witch Test.

With the image of a ruined SafeWalk headquarters surrounded by police tape and HazMat units indelibly marked in their memories, many on campus were saddened and horrified earlier this semester when 30 students affiliated with the nighttime safety service were lost in a grisly episode that investigators eventually surmised had been a world-record bumpkin attempt.

The university has launched a full investigation into the events leading up to the upsetting incident, extensively questioning the few surviving SafeWalkers. The SafeWalk program has been suspended indefinitely. 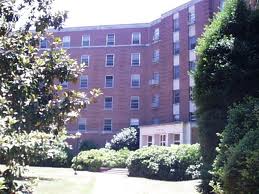 Lurking in the recesses of nearly every room in the more than 600-person dorm, large, aggressive members of a colony of feral iguanas terrorized Craige residents for much of the year.

The colony is thought to have descended from a pregnant pet iguana, illicitly kept by freshman student Lindsay Jenner early in the fall semester, which escaped into the Craige ductwork. With the iguana’s offspring thought to now outnumber human residents of Craige three-to-one, many in the dorm have found themselves unable to sleep, eat, or study without the reptiles nibbling at their ankles, crawling up their legs, and falling into their hair from holes chewed in ceiling tiles.

With residents moving their iguana musk-reeking possessions out of the dorm this week, Craige is set to remain inhabited by the iguanas, many of whom have registered for Maymester classes.

With an all-time-high 43 unaffiliated students and 11 librarians falling victim to the inter-gang violence this year, the fight for control of group study rooms in the Undergraduate Library between economics students, know as the ‘Cons, and chemistry students, knows as the Chems, has intensified and show no signs of abating next year.

Each gang is a network of loosely affiliated sets or “study groups” that engage in bloody warfare not only with the rival gang, but also with each other, especially when studying for classes that grade on a curve.

The ‘Cons and the Chems have elaborate systems of slang that can be mostly deciphered from the glossaries of their textbooks but are almost unintelligible to the uninitiated.

The ‘Cons can be identified primarily by their faded baseball hats and sorority mixer long-sleeved t-shirts. They mark their turf with supply and demand graphs and styrofoam cups half-filled with dip-spit.

The Chems, a predominantly but not exclusively Asian-American gang, never walk campus without their heavily-annotated, 7th edition Yurkanis and Bruice Organic Chemistry textbooks visible in their arms. They mark their turf with elaborate hexagonal symbols and a strange, characteristic tag of ‘RXN’ atop a double-sided arrow.

The warring gangs have muscled out weaker factions, like biology study groups and those who reserve the group lounges to hang out and do nothing. As an initiation rite, both sides are know for requiring would-be members to abduct and beat unaffiliated students who occupy entire group studies by themselves.

The ‘Cons have come to dominate the study rooms on the east side of the Undergraduate Library, and the Chems those on the west side. Despite efforts on the part of librarians and campus police to patrol the UL extensively, it is generally regarded as unsafe to travel the library’s second floor halls after midnight, and heightened inter-gang violence has many questioning whether the gangs or the librarians have greatest control over the UL.

The ‘Cons and the Chems are known to become even more violent during finals, during which time they also expand their turf to empty classrooms and even the Business School, on weekends.

With their graduation ceremony set for Sunday, May 11, members of UNC’s class of 2014 are bidding farewell to close friends and fondly remembered places as they prepare to embark on the various careers that many have been planning since their early childhoods.

“I’ve always dreamed of being a doctor, and thanks to my UNC education, I’ll be enrolling at Johns Hopkins School of Medicine in the fall,” said senior Annika Yancey. “I’ve known all my life that I wanted to wear the stethoscope and heal people’s boo boos. Now I’m one step closer to that dream.”

Yancey’s sentiments were echoed by virtually all members of the graduating class.

“I sure will miss this place, but UNC has given me not only great friends to keep and good times to look back on, but also the tangible, real-world skills that will allow me to follow my aspirations in the professional world,” said senior Bradley Duncan, who accepted a full-time position with the fire department of his hometown of Greensboro, NC, earlier in the spring.

Some indicated that they have begun their careers even before graduation.